Ask most people about The Ostrich and you most likely hear that the outside seating is lovely, but the pub and beer offerings were dire to say the least. The price of admission to enjoying such harbourside, outdoor drinking real estate was buying drinks from a pub that long since had given up being anything but a bit of a hole.

A year ago Butcombe bought the pub and have spent the last few weeks giving it the love and attention it absolutely deserved. The inside has been cleaned and repainted, the kitchen, updated and outside has more an air of summer by the seaside rather than derelict seaside town.

Knowing the Group Executive Chef (I roll with the big girls) I was very lucky to be invited along to the soft opening this evening (11th April) to have a peek at what Bristol will be enjoying over the summer months and beyond. Outside they’ve set up a bar to help cope with the summer crowds as well as fitting out their own Airsteam serving American style bar food to hungry patrons. From burgers to their corndogs (you HAVE to try one of these bad boys) and loaded fries and ice cream, you will have any drinking based hunger pangs sorted in double quick time. 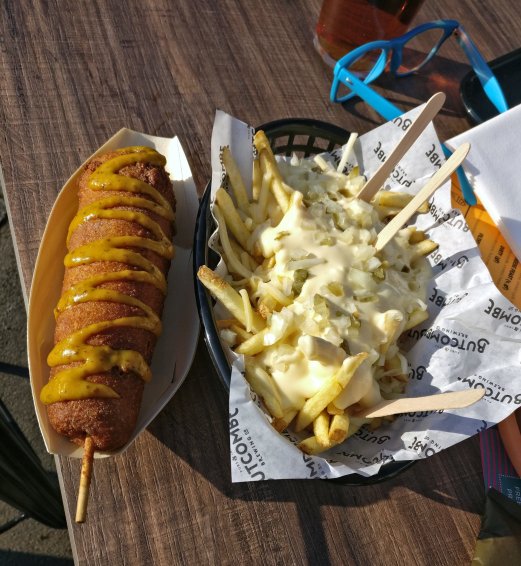 Inside the small kitchen, headed by Bristol favourite Jasper Prickett of The Standards fame, there is a varied menu of exciting small plates that even I like. Hassleback potatoes with herbed cream cheese, mackerel on toast and a morish lamb and merguez sausage roll were tried and scoffed in record time with plenty more on the menu to pick from if you can fit in. 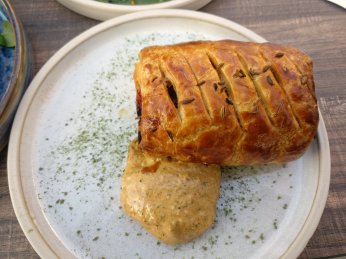 On the taps is a range of Butcombe beers as well as Thatchers, their Ashton Press cider and Pimms with lemonade. They have even launched their own easy drinking Ostrich Ale, a session pale that at 4.2% didn’t leave me feeling to worse for wear after a few!

If you’re feeling more sea dog than a casual drinker, there are plenty of rums and rum punches for you to try too.

The pub officially reopens today, get there early to secure a bench in the sun and try the corndogs, it’s the best damn snack for a fiver you will find in Bristol.

Look out for future dining events and menu changes as the kitchen expands.

No longer the sad shadow of it’s former self , @ButcombeBrewery ‏has given The Ostrich a new lease of lifeCheers! 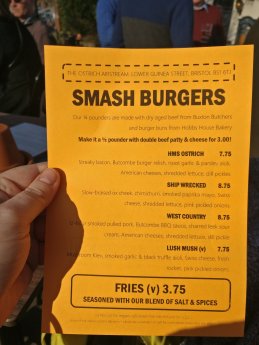