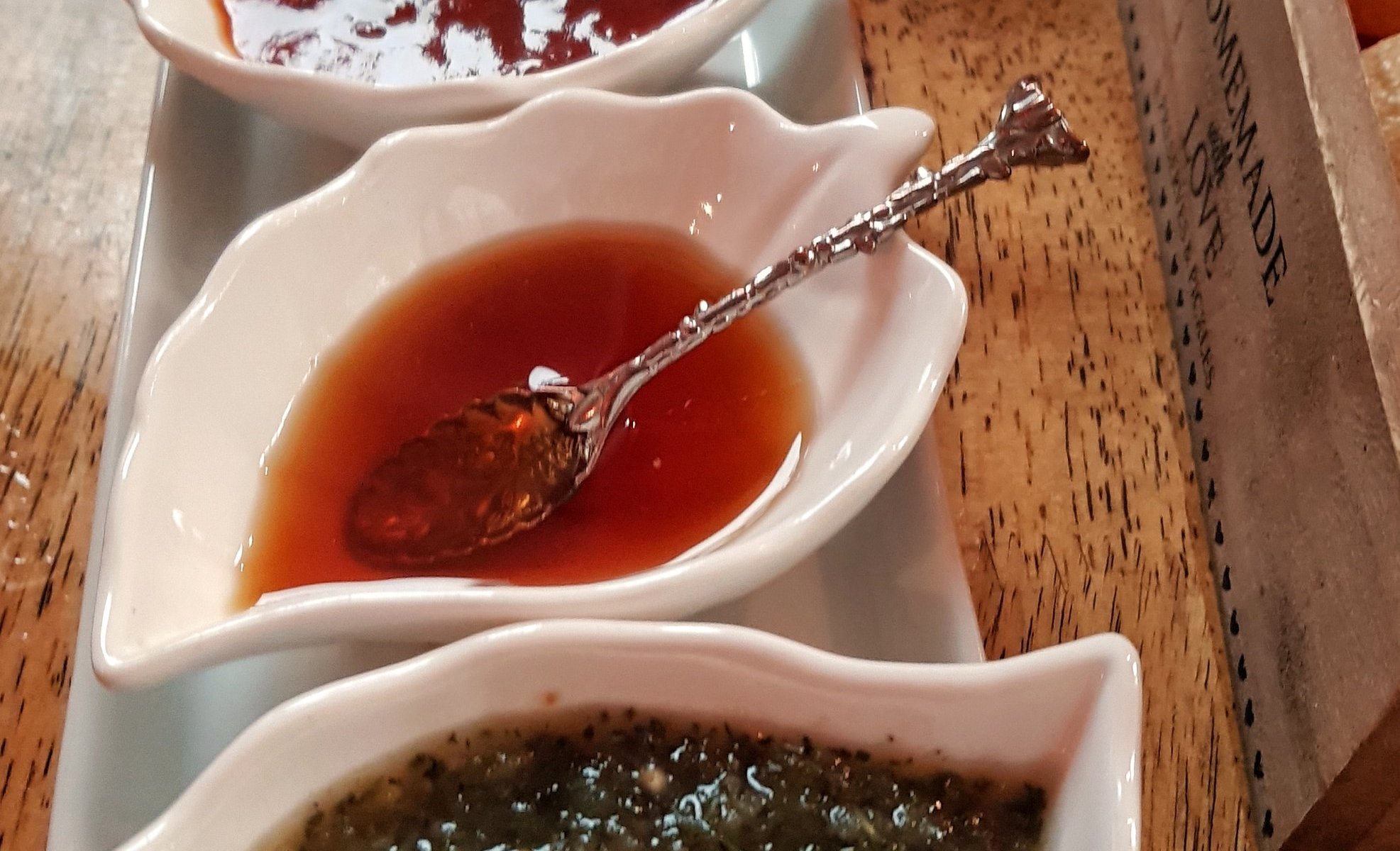 Easton is a bit of a mystery to me. I only go to two places there, one is St Marks Road, where you find a Brik-a-brak of newsagents, restaurants, bakeries, churches, mosques and charity shops. The other is my hairdressers around the corner. I really should explore Easton further, I have been here long enough, so when I had an invitation to try Pipal Tree on Chelsea Road I jumped at the chance to try a truly Bristolian (Or Eastonian if you ask the staff) restaurant with both hands firmly on their Punjab roots. 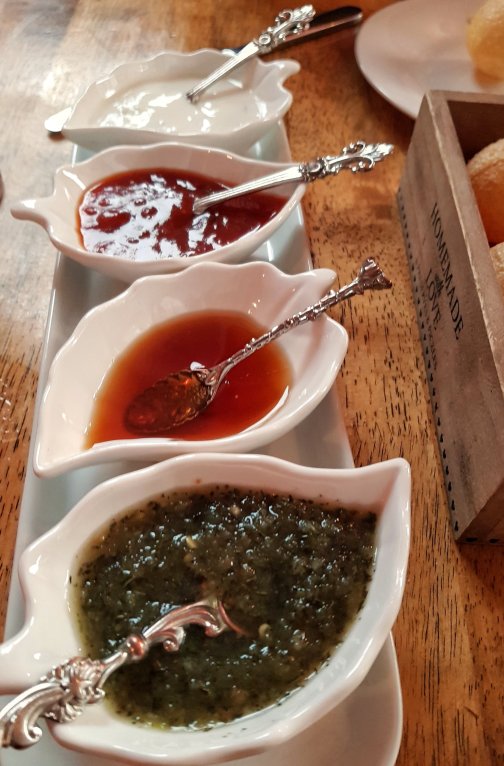 You would be forgiven for wandering past this restaurant, it blends right in with the residential area, however, pass when the kitchen is open and those smells will a have you following your nose, right to the front door. The restaurant is small, with seating downstairs and a kitchen separated from the seating area by a high partition, allowing those aforementioned smells to escape and circle the building. We were seated near the back of the restaurant and ordered the recommended gol gappay and homemade chutneys to nibble on whilst ordering.

Gol gappay are very similar to pani puri and are served as a street snack. We were given a selection chutneys, hot, sour, sweet and creamy, all homemade according to owner Kerps’ mothers and grandmothers recipes. The aim is to crack a small hole in the spherical snack, scoop in your chutney combo and pop the whole thing in your mouth. Unsurprisingly, my dining partner and I had no problem thumbing in such a glorious, crispy nibble and the burst of flavour was incredibly pleasant. 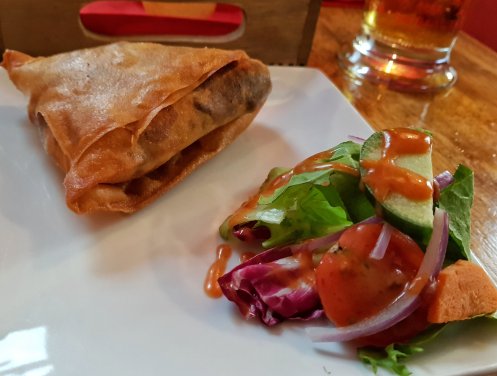 I was very excited to see plenty of game on the menu, Pipal Tree are really keen on fusion cooking, taking unusual ingredients and pairing them with traditional Punjabi cooking. I chose the samosa, packed with rabbit, venison, partridge and pheasant, wrapped in a lightly fried filo pastry parcel and was served with salad and a strawberry dressing. Whilst the salad was nothing to write home about, the samosa itself was beautifully crisp with plenty of filling. As expected, the individual delicate flavours of the game were lost amongst each other and against the spices but the combination created an earthy, light and moreish flavour that I wouldn’t hesitate to have again. Perhaps offering 4 small samosas with each individual game option would be an idea for the future? 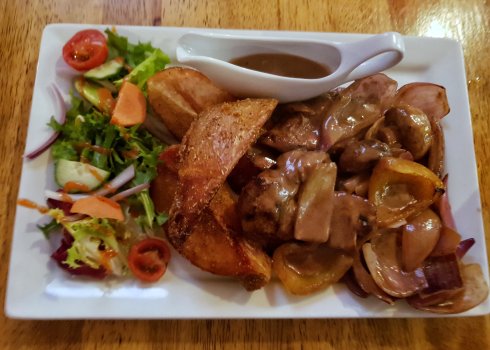 For main, I carried on the game train and opted for the pheasant, two pheasant breasts marinated in a homemade tandoori paste, served with onion, mushrooms and peppers in a cream and red wine sauce. This came with some enormous masala wedges that were fried and a jug of extra sauce on the side. Whilst my pheasant was overdone and a little tough all was forgiven due to the incredible flavours I was being treated to. The marinade had done its job with a usually slightly dull and dry breast absolutely singing with flavour and punchy spice. The vegetables were chunky and left with plenty of bite which really added to the texture of the dish and the sauce was incredibly rich and creamy. The wedges were spicy with plenty of fried crunch and were a completely different side to my usual rice and bread. Once they cooled (potato that thick is quite the thermal conductor) they provided the ultimate mopping tool for that beautiful sauce. As promised, Pipal Tree had served something I hadn’t seen anywhere else in Bristol at least.

The service was friendly and welcoming with Kurps a real character, stopping his waiting staff to have us show us the other dishes being ordered, including the incredible whole sea bream dish that looked popular. The prices, like the menu, do not reflect the usual curry house fair, with some dishes coming to an eye-watering £17.95 but with the innovation, service and uniqueness of Pipal Tree, a true bridge between Bristol and India, I highly recommend you check them out.

This meal was offered free of charge but in no way impacted this review.