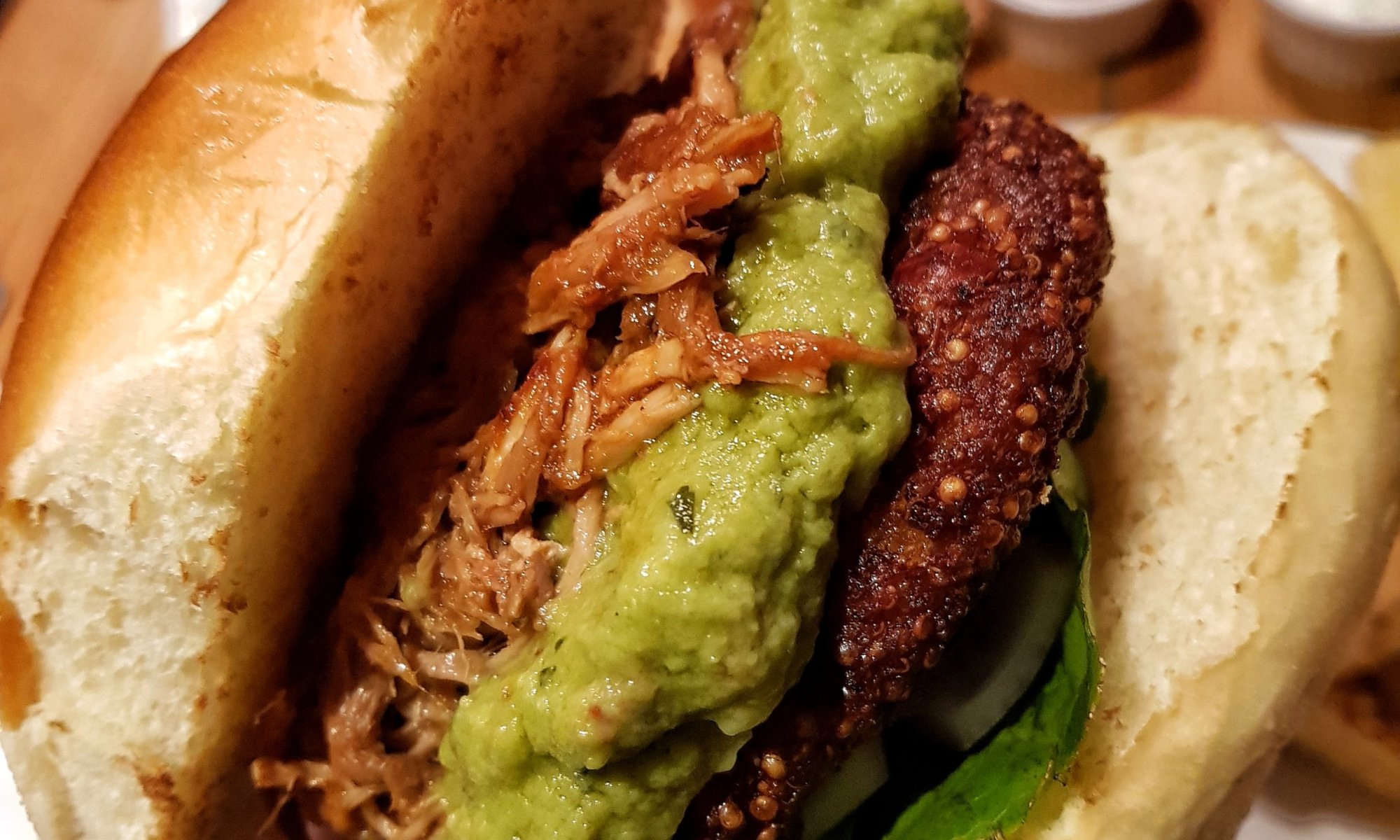 I’ve often and correctly described The Burger Joint as the daddy of craft burger bars. Dan and his team opened 9 years ago in a tiny restaurant on Cotham Hill and allowed patrons to truly have it their way.

With one move, two expansions and one reduction (but not a sign that things are slowing down, merely a recognition that things need to be more manageable) Burger Joint continues to serve local produce supplied from Ruby and Whites, Hobbs House and more, piled as high as you dare in both their Whiteladies Road and North Street restaurants.

Speaking of North Street, a few of us greedy types were invited down to try the new menu that dropped in August that offers one of the most thoughtful and comprehensive vegan and veggie burger offerings I think I’ve seen in any burger place in Bristol. Dan and his team took on feedback from their regulars and realised that despite having an already good menu for non-meat eaters, they could always do better.

We were handed a round of Burger Joint’s new bean burgers to try, a combination of sweet potato and beans then crumbed with quinoa and fried. We also tried the replacement for the kangaroo burger, an ostrich burger, made with meat sourced from a farm far more local than the kangaroo. They have also decided after years of pestering to introduce mac and cheese as a topping or side, the groans of excitement from my dining partners, when they realised, were something else.

They have created and introduced five burger options for non-meat eaters (that aren’t just huge, soggy portabello mushrooms) as well as a comprehensive list of vegan toppings such as garlic mayo, cheese, pulled jackfruit, peppers, roasted red peppers and more.

As a big believer in trying new things I opted for my dinner the new sweet potato and bean patty but topped with something decidedly un-vegan (pulled pork) and a very generous helping of guacamole. They patty lacked a lot of structural integrity, paired with the guac made it quite the messy meal but I didn’t mind one iota. The patty was crispy with the quinoa crumb and the inside had a great texture and taste. I loved that the bean burger wasn’t an attempt to emulate meat, something that tends to either fall down with flavour or texture, this was an unapologetically great tasting burger. 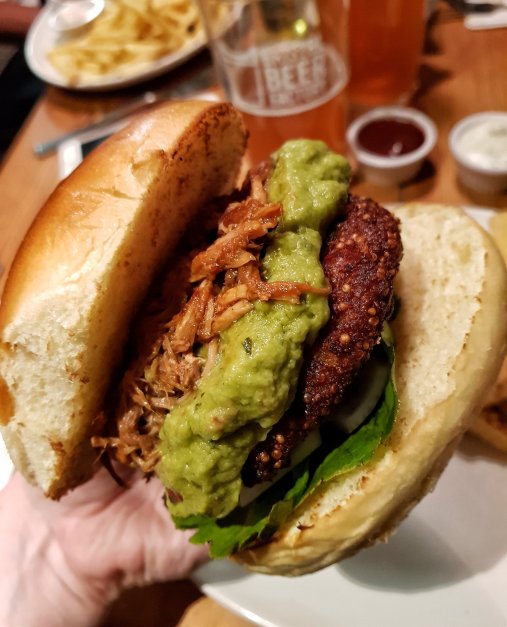 I truly applaud Burger Joint for offering such a sadly unique experience for those who avoid meat and dairy, with plant-based diets becoming more and more popular. It’s well-known that the veggie or vegan in the group tend to be the deciding factor when it comes to dining out and making a concerted effort to feed them and feed them well not only makes great business sense but truly broadens the dining options in our already very edible city.