My mother came to visit this Saturday and she was very excited to hear she had been invited to try the new brunch offerings from Wild Beer with her food blogging daughter. She even got on a bus, apparently not having been on one since she was 18, the older generation are a riot aren’t they?. It was really nice to take my mum a little further into Bristol than between my house and Atomic Burger (she loves that Messy Jessy) and we enjoyed looking at some boats, making fun of the size of The Matthew and discussing cormorants. 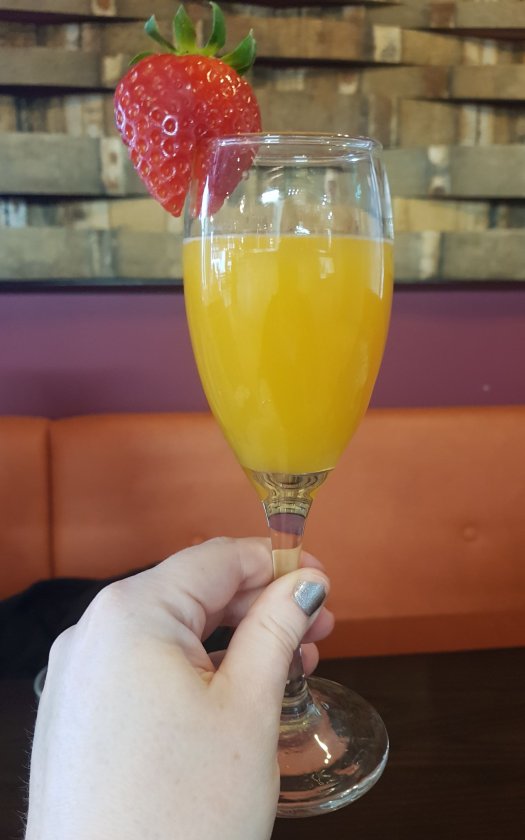 Wild Beer is a brewery in Shepton Mallet that makes some bonkers beers. They’re the experimental chefs of the brewing world, chucking everything from champagne yeast, lobster and mushrooms into their brews and seeing what happens. Most of the time it’s magic. After opening their flagship bar in Cheltenham they turned their attention to the new Wapping Wharf builds and were one of the new units to open. It’s a bright and airy bar with bench seating, encouraging people to share space, a semi-open kitchen and a huge choice of beers to choose from (tasting before buying is highly recommended).

We were seated right by the kitchen pass and head chef Matt went through the menu with us. We, of course, started with a beer cocktail, a Ninkasi mimosa, with the Ninkasi beer made with the aforementioned champagne yeast making it a lighter, drier tasting beer. It certainly packs more of a hoppy, bitter bunch than the sometimes overly sweet prosecco offerings you can enjoy with brunch elsewhere. 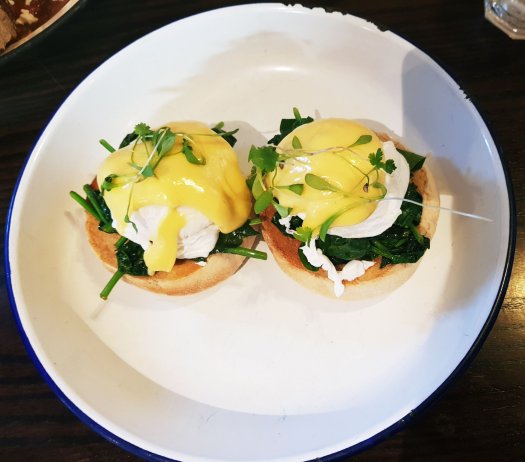 We opted for the eggs florentine and shakshuka for our breakfast. The other option that caught my eye was the rarebit on toast but I wanted to avoid anything too cloying, I had a hangover, sorry mum. The dishes were generous with their portions with both of us admitting we were nicely full after finishing.

The Florentine had a good dollop of rich, buttery and lemony hollandaise sauce, the poached eggs were, of course, served with a soft yolk and the english muffin (from Marks Bread) was a very decent size. My shakshuka came with two baked eggs (again still runny!) with an incredible depth of flavour in the sauce, plenty of peppers, cumin and onion and exactly the right level of spice for the morning, a good kick that doesn’t send you coughing. The sourdough (again, Marks Bread) was the perfect vessel for both loading up with sauce and mopping up egg yolk. 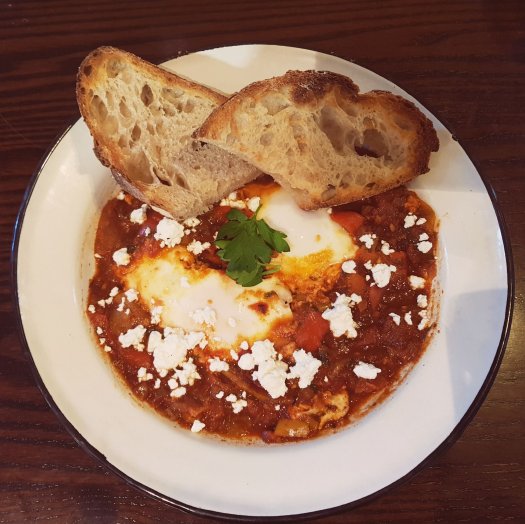 We were surprised with my favourite thing, BREAKFAST PUDDING from Matt who was very keen for us to try one. The thing with pancakes is that they seem like a great idea, but halfway through a stack, you get bored with the stodge and the sweetness. These, however, were really, very good. Totally vegan and gluten-free and made with oat milk, banana and blueberries, I was sceptical that these would be any good (my mother is still questioning how one milks an oat). However, the pancake was cooked until the outside caramelised and then was served with fresh fruit and gorgeous warm maple syrup. This made them one of my favourite pancakes I’ve had in Bristol. A surprising thumbs up from someone who lives on a diet of eggs, milk and gluten. 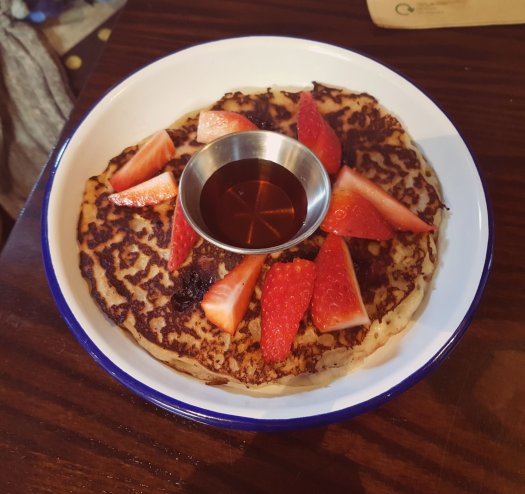 We really enjoyed our brunch and we didn’t miss the meat at all. Suprise! The entire menu is vegetarian and vegan. The beer pairings are a welcome change to the heartburn-inducing prosecco offerings in most other places. The brunches are all in the £8 region so one of the more affordable places in the city centre too. I will be back for that rarebit very soon!

*Please note I was asked to come in and try the brunch free of charge, the review has been written honestly and not sent to Wild Beer before posting*