Happy New Year food fans! As you may have read previously , I  spent the majority of the festive period dying of horrible ills but I did manage to get out and try a few dishes here and there.

Franco Manca got in touch and asked if I wanted to pop along to try their new restaurant just off Baldwin Street, an area of the centre that seems to be gaining strength when it comes to great places to eat. Pata Negra, the incoming Pasta Ripiena and The Ox are just a few gastro-destinations to choose from ithin spitting distance of each other.

Franco Manca gained a cult following in it’s native London starting as a small pizzeria but has quickly expanded throughout the capital and into a few large towns and cities. Specialising in sourdough pizza, they stick with mostly traditional Italian ingredients, charcuterie and wines.  Obviously, we in Bristol have some absolutely top, homegrown pizza places offering sourdough pizza so the team at Franco Manca certainly have their work cut out to make an impact on the city. 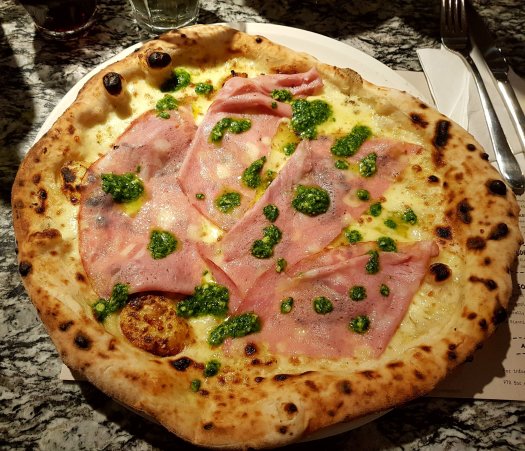 The restaurant itself is a large and open plan space, you wouldn’t recognise the building as being an ex-bank at all.  Despite this, the place is warm and inviting with lovely staff and a beautiful open plan kitchen with tiled pizza oven. It was busy when we headed in as it was the last week before Christmas and the place has a lovely buzz about it. We were seated right by the action of the kitchen and started with a lovely bottle of red and a platter of focaccia and charcuterie. Everything was served beautifully and were generous between three hungry diners. We especially liked the wild pig and fennel salami and the focaccia as generously seasoned with salt and heady rosemary. Lovely!

All the pizzas arrived in good time but all sadly suffered from the soggy middles that other people have mentioned (another 30 seconds in that oven and it would have been perfect!) and mine had been a little too liberally oiled so had a bit of a greasy element but overall the pizzas went down really well. The meat was generous and full of flavour, my potatoes didn’t really add much to the pizza, something more crispy would have been better but the pesto was delicious. The anchovies were salty along with the capers and again was oilier than desired but my dining partner enjoyed it. I wish I had seen they offer dips for those lovely, chewy crusts, I will have to head back and give them a go. 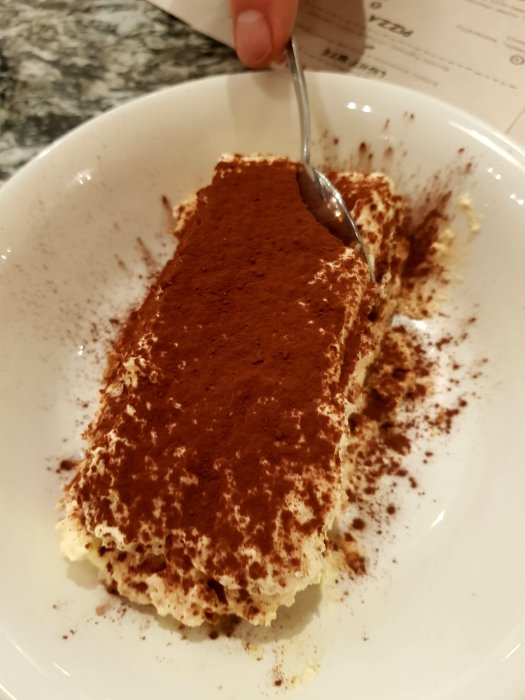 We were treated to dessert, a tiramisu (which I am not keen on but was devoured with gusto by the others ) and a really lovely chocolate and almond sponge. The grappa, made exclusively for Franco Manca by Devon Distillery and Three Choirs Vineyard, was…challenging but grappa is by its very nature challenging. The Limoncello was much better. 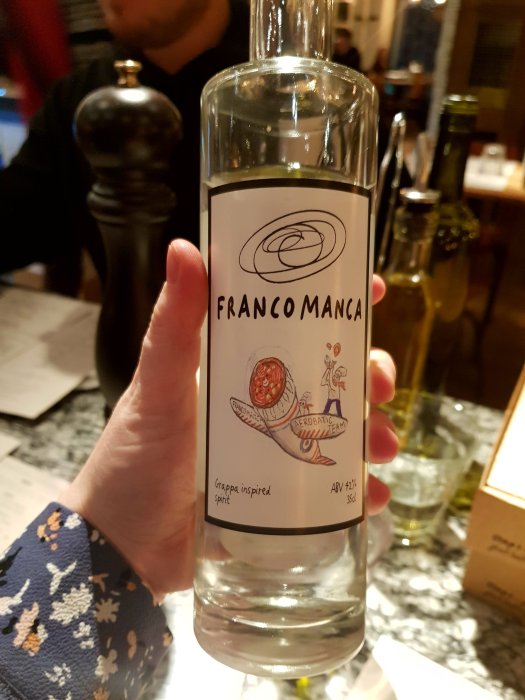 Whilst Franco Manca isn’t going to be blowing the likes of Flour and Ash, Berthas and Pi Shop out of the water, the price point (all pizzas were under £9) and the overall feel of the place means it will definitely be somewhere I would try again. Just please give those pizzas a little more time in that beautiful oven!

The meal was offered free of charge but no way impacted my review. This review was not sent to the Franco Manca before publishing.