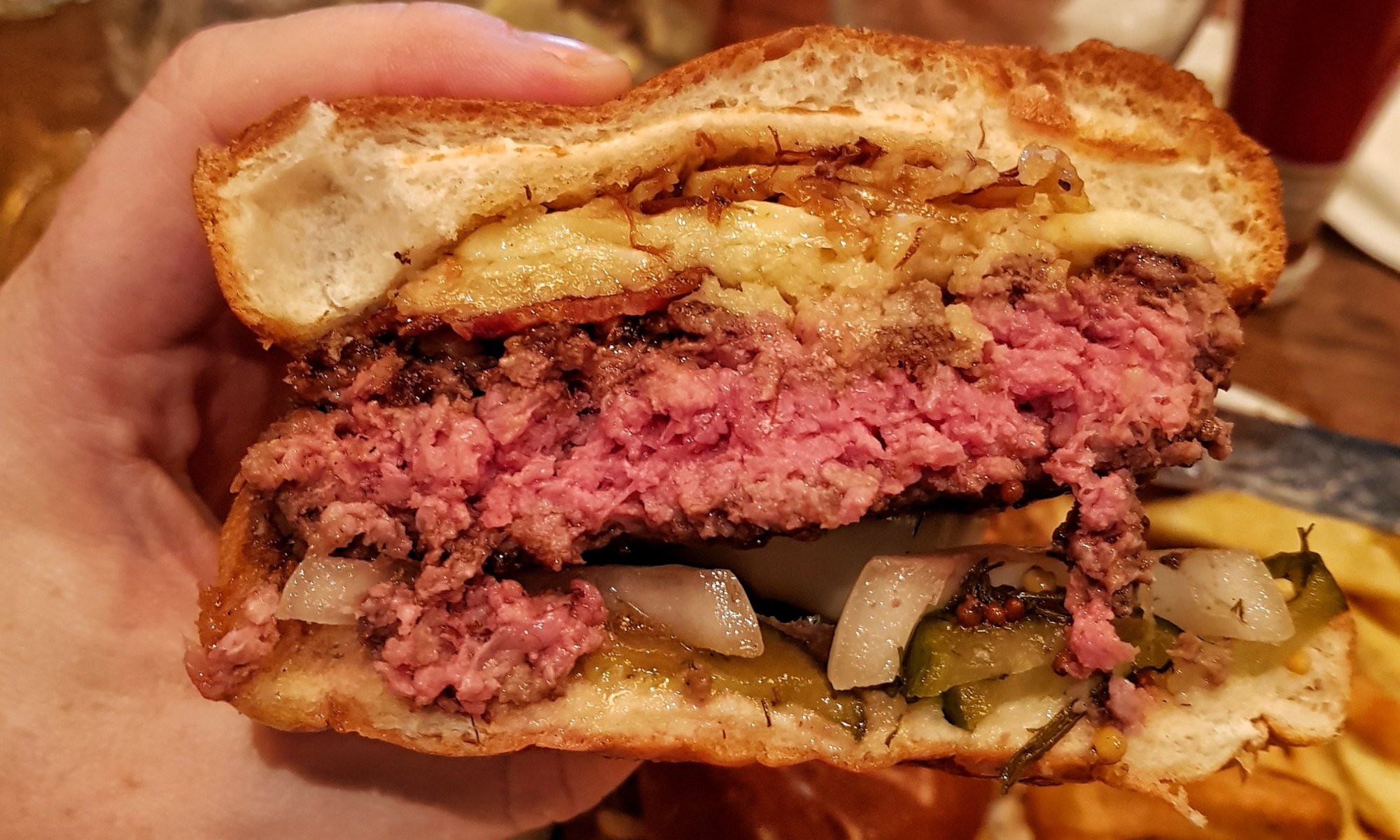 I got a lot of pushback from my opinions on pink burgers very briefly outlined in my Asado review , including an anonymous commenter who seemed to think I was giving Bristol burger restaurants a kick in the head for having a preference. He also told me he would “see me soon” and refused to tell me who he was, so wherever he is, I hope he’s fallen down a well.

Honestly, I had no idea people were so passionate about the pinkness of their burgers. As far as I was aware, the pink burger trend had only been around for a few years so assumed people didn’t have that much of an opinion. But, as it’s the internet, I should have known better and soon after admitting my lack of passion for raw mince, anyone that had ever eaten a burger was a pink patty truther.

I feel this is a good place to outline my issue with the pink burger. I am not a health inspector and my pop up doesn’t serve meat, but luckily a friend of mine worked as a restaurant inspector in a former life and she is someone who is also wary of burgers cooked pink, regardless of where it is. If someone’s job used to be understanding the health implications of eating undercooked meat, I am going to listen. 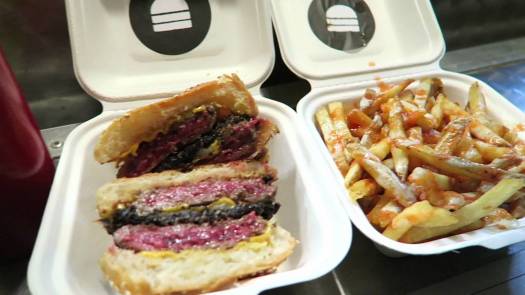 So, the science bit.

It isn’t the quality of meat that is the issue as a lot of people assume, it’s down to the processing of the beef carcass. On the surface of steak or mince, harmful bacteria, picked up from its journey from cow to plate live and multiply. This bacteria will continue to multiply until it hits the restaurant.

If the restaurant minces its own steaks the bacteria on the surface of that steak will be transferred throughout the mince. Whilst there are strict guidelines from the field to fork to ensure the risk is as low as possible, the thorough heating of the meat is the only way of killing the bacteria. If it isn’t cooked properly you’ve created a gastroenteritis time bomb.

“But I eat burgers rare/pink all the time and I’m fine!” well yes, if you are an otherwise healthy person chances are you will be, but if you are young, elderly, pregnant or immunosuppressed, the risk of eating that mince is is a high one and could kill you. There are around 500,000 reported cases of food poisoning a year. I have IBS, no one knows what causes it but I can tell you when I get an attack its agony, if I can avoid food poisoning which is a 72 hour IBS attack with vomiting thrown in, I will thanks. I’ve also been to many restaurants who have staff that don’t warn the patty I’d pink let alone know the risks behind the consumption of it.

However, it’s not all bad news. You can safely eat a pink burger if it holds a temperature of 75c for 30 seconds whilst cooking. I trust some kitchens to adhere to this (Asado say they do and I trust they do) but I don’t trust others.

Lastly, I want to add, it’s perfectly achievable to sear a burger and leave it juicy and delicious if you give a crap about the product and technique, no squishing the patty or packing it with crappy binding ingredients. Just good quality beef with plenty of fat.

Like anything, eating pink is a risk, as is eating raw oysters (I don’t), eating dodgy chicken or not washing salads before eating. I have decided that I don’t like pink burgers enough to warrant the risk, I know a lot of you do and that’s cool.

Pink burgers – had no idea people were so passionate, so for research for a blog post…

Since the writing of this blog, it turns out I do like pink burgers, but only from Honest Burger. Who’d have thought it?