Dear reader, i am not going to bore you to death with the usual trope-y intro of “Bristol has it’s fair share of cocktail bars” and then list my favourite. I would assume the majority of you are here because you already know who they are or can Google “Bristol’s best cocktails” and decide for yourselves. Instead, this is going to be a very picture heavy post because, quite frankly, the cocktails at HMSS are a pleasure to look at as well as smell and taste. 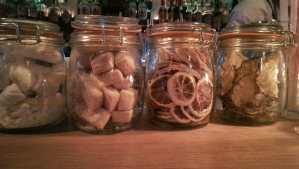 The bar has replaced Charlies bar, the 80’s themed cocktail place just to the left of the steps leading down to Clifton Down train station by Sainsbury’s on Whiteladies Road. You wouldn’t even realise it was there if you hadn’t noticed the gun shaped door handle (i need to know where they got these…)

As you enter the building you step through an telephone box (ask your parents) into the main room. The place is decked out in rich woods, comfy sofas, high tables and stools around a beautiful bar. The decor is what i would describe as “James Bond in London” lots of nods to classic spy films, a large printed map with pins and strings, a gun cabinet, a secret door to the toilets with special knockers to work out where you should be and passport themed menus. 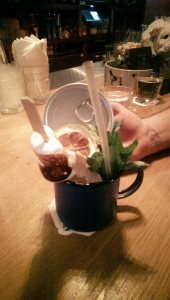 After a chat with owner Elliot, who is one of three that also owns and runs the sister bar The Cocktail Trading Company in London, my partner ordered me a “Welcome to Kentucky have a nice day” as i had had my eye on it for months after seeing his pictures from a drinking session in London. 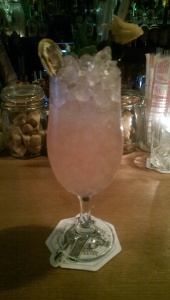 Now before i describe the cocktails i should point out that these guys like a pun and they love playing with their drinks. Half the menu is filled with your classic cocktail, maybe with a twist, something you wouldn’t have thought to put in there before. The other half is the “fun” part. Cocktails in Chinese takeaway containers, cocktails in welly boots, cocktails with candyfloss and marshmallows all populate this part of the menu and i will admit i was skeptical. We have all been to places that love sticking style above substance and i was initially worried this was going the same way. Plus i am a misery and usually hate anyone trying to hard. 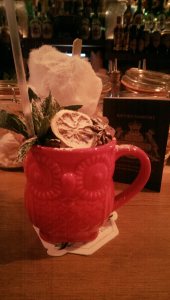 Thankfully after asking “how do i drink this?” my cocktail in takeaway box was tried, tested and found exactly how i wanted. The flavours of Jim Beam, Ginger and Plum, Yuzu Juice and Macha Tea worked beautifully together, not one overpowering the rest. I don’t, as a rule, enjoy whisky or bourbon but this was refreshing and delicious and finished far too quickly. Who would of thought i of all people would have waxed lyrical about a drink covered in dried noodles but it works! 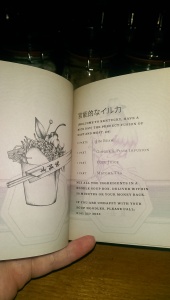 My partner and I went through four cocktails each all around £8-£9 each and HMSS also offer large punches to share between four. These included the best Mint Julep i have ever tasted, a beautiful Sherry Cobbler that tasted like Christmas on a tropical island and a “Tu Whit Tu Whoo-Woo – vodka, sage, peach & cranberry, prosecco. Owl, candy floss” what more could you possibly want in a drink? We were blown away by the quality of ingredients, the knowledge of the staff and the awe inspiring back bar. Having it so close to the train service means its easy enough to get to for those that don’t have a BS8 postcode with happy hour between 4:30 and 6:30 i can see this place being a firm favourite with the local office workers (myself included!). 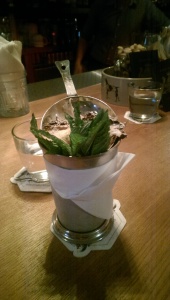